Neighbors Give More than Just a Cup of Sugar 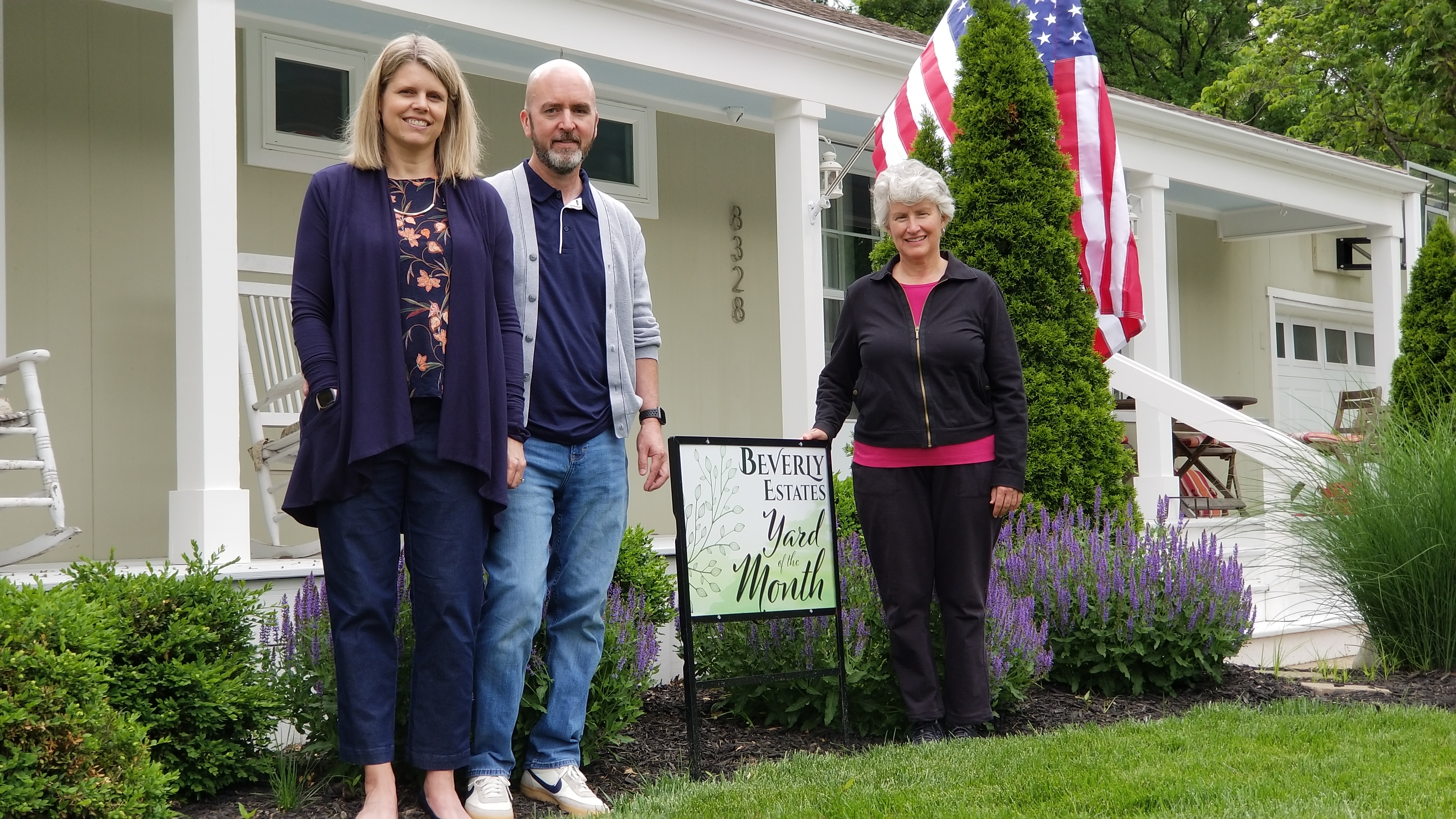 Shelly Olufson and her husband, Dean, stand with Colette Panchot outside the Olufson home on Beverly Drive in Overland Park. The Olufsons won yard-of-the-month honors in May from the Beverly Estates neighborhood organization.

It is a paradox of our hectic modern life that neighbors living along streets lined with homes may barely know one another.

With more than 400 homes and approximately 950 residents, Beverly Estates runs north and south between 83rd and 87th streets and east and west between Lamar and Nall avenues. The Neighborhood Executive Committee represents and advocates for the dozens of organized neighborhoods throughout the city.

Panchot, who has lived in Beverly Estates for more than two decades, approaches her work with the zeal of an evangelist.

“I think feeling part of a neighborhood is really just as important as going to church,” she said, “because these are people who can help you on a moment’s notice.”

Neighborliness can certainly help smooth over today’s partisan differences, Panchot said, and it’s also a wonderful way to bridge intergenerational divides. Panchot has a master’s degree in social gerontology and worked for several years in sales and marketing for retirement communities.

During the pandemic, the older residents in Beverly Estates mingled with their neighbors at food-truck events and lined the route to watch parents and kids in a bike parade.

Other neighborhood events during the pandemic included a swap-and-shop, where people could pick and choose free items residents left at the end of driveways, and chalk-the-walk, where families brightened the days of passersby with art, using chalk provided by the city.

A city grant also helped the neighborhood start a welcome-bag program for new residents during the pandemic.

Beverly Estates also recognizes a yard-of-the-month, which spurs introductions as each winner cruises the neighborhood to confer the award for the next month. Panchot got the ball rolling last year by recognizing an elderly resident who holds an annual plant sale in her driveway, with the reasonably priced and diverse inventory she grows in her backyard.

Panchot and her wife, Melissa James, also went above and beyond during the pandemic by cooking extra dinner and taking it to a woman in her 80s who lives down the street.

The women were tickled to learn their generosity warranted a mention in the life story their neighbor is just finishing, and Panchot was happy that the woman considered them almost as close as family when she alerted them recently when she was not in good health.

Being good neighbors also paid off in spades this spring for Panchot and James, when they locked themselves out of their car at a rest stop 90 minutes from home on their way to Arrow Rock, Missouri. They called the people next door, knowing the favor they were asking was a lot bigger than looking to borrow a cup of sugar.

“They said, ‘We’ll be right there,’” Panchot said, “and they drove us our extra key, and we treated them to dinner and a walk around Arrow Rock, and they had a ball, and then they drove home.”